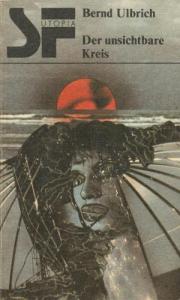 It’s not often I have much to say on the publisher of a book, but in this case, I think its worth saying a few words before diving into our review. Founded in 1946 on Berlin’s Friedrichstraße from the ruins of the war, the publishing house Verlag Das Neue Berlin (New Berlin Publishers) would come to be perhaps the DDR’s second most important distributor of fantasy and science fiction (or “utopian fiction” as it was commonly known in the socialist world).

From its SF-Utopia paperback series to its Lichtjahr-Alamanache (Light-year Almanac) Verlag Das Neue Berlin not only published a great deal domestic science fiction literature, but also translated works from a variety of languages and authors, including such writers as Ursula le Guin, H.P. Lovecroft, Aldous Huxley, and Stanisław Lem into German, often for the first time. Today’s choice (and many others in the future, I can assure you) is one of the many works produced by the publisher during its existence.

The short story collection, Der Unsichtbare Kreis: Utopiosche Erzählungen (The Invisible Circle: Utopian Tales), by science fiction author Bernd Ulbrich first made its appearance with Verlage Das Neue Berlin in 1977 and has seen several new editions since then. Serving as an interesting showcase to the author’s work, it consists of ten short pieces, which (in order) are:

Statue eines Königs (Statue of a King) A sculptor seeks to immortalise a reclusive hero living in the asteroid belt, but finds the hero has his own plans.

Havarie (Shipwreck) A man wakes up to find himself shipwrecked with another survivor after their space-cruiser exploded killing most of the crew.

Das Mißverständnis (The Misunderstanding) Two antagonistic pilots on a routine mission find intriguing recordings in an abandoned outpost they are investigating.

Die Überlebenden (The Survivors) In a future where anomie and boredom are mankind’s greatest challenges, a group of young adults on a party-ship to Saturn investigate an ancient shipwreck.

UFO A pilot shares his “true story” about his adventures to a group of (jaded) fellow pilots.

Die Barriere (The Barrier) A crew-member on a Mars mission finds a barrier beyond which lies a new and dark world.

Ein unglaublicher Planet (An Unbelievable Planet) A human ambassador returning from the Magellan Cloud can’t help but eavesdrop on an alien conversation about an unbelievable planet.

Ein Gott hat geweint (A God has wept) In the distant future, where human development is guided by cold computer programs, two parents bring their son through one of his tests, only to have it go very badly awry, as their boy hears a voice from the past.

Der unsichtbare Kreis (The Invisible Circle) A researcher embarks on a mission to Neptune to forget a woman he loved. Once there that very woman approaches him undaunted across the icy methane wastes – without any protection from the deadly elements

Die letzte Nacht (The Last Night) A group of friends staying at a holiday resort built on the ruins of Glamis castle try to get to the bottom of their unsettling experiences.

The quality of the ten stories presented is somewhat mixed, with my personal highlights being the touching Shipwreck and the surreal Barrier. The others too (with the possible exception of The Last Night) are worth the read. They verge from the (predictable) humour in the Unbelievable Planet, to the evidently Lem-inspired Solaris-esque Invisible Circle and UFO . Overall, a nice little collection, and certainly a great way for anyone to dip their toes into the unexplored realms of DDR Science Fiction.

The Eastern Bloc is dedicated to all matters sci-fi and socialist.

Each month we post about a work of really existing science fiction from the (former) socialist world.

So from Cuban space romps to Soviet meteors, we have all your communistic science fiction needs covered!